No matter how much you love your job, you’ve probably given at least a little bit of thought to early retirement. It’s understandable when you’re faced with another long day pounding away at a keyboard. But most people snap back to raw reality when they think about the sacrifices they’d need to make for it to happen. Eating instant ramen daily for the rest of your life doesn’t exactly sound appealing.

However, early retirement — sans ramen — could be within your reach. Achieving financial independence early involves a few different steps: saving, carefully calculating your retirement needs, and potentially stepping up your investments. Success involves a combination of dogged perseverance and on-point strategy — but with the right plan, you can get it all done way before your first letter from the AARP ever comes in the mail.

What Do You Want Out of Retirement?

Retirement looks a bit different for everyone. What kind of lifestyle would you like once you leave the workplace?

Are you hoping to travel, or would you rather stay quietly at home? Do you expect to have dependents — maybe children who want to go to college or parents who need a hand with medical expenses? Do you plan to live in a high-cost-of-living area, or would you rather settle down someplace cheaper?

If you’re married, these are questions your spouse will have input on. Based on what you decide, you’ll know what target you're aiming for.

If you go searching for early retirement success stories, you might hear a lot about FIRE. This stands for Financial Independence/Retire Early, a movement aimed at helping people achieve financial independence.

For many, FIRE is a way of life. It calls for an intensive savings and investment plan. Followers sometimes practice extreme frugality and set aside up to 70% of their incomes for retirement savings. By aggressively saving and investing your money, the theory goes, you'll be able to leave your job and retire at 45, if not earlier.

Over time, the original FIRE movement has evolved. What began as an exercise in intense penny-pinching has now split into several different approaches.

The original FIRE model is now known as “lean FIRE,” as it requires people to live on a lean budget both before and after retirement. (This model probably does require a bit of ramen-eating.)

Fat FIRE is a more recent twist. It allows people to plan for a more luxurious lifestyle in retirement — one in which they don't need to give up their creature comforts. It’s more realistic for high earners who want to retire early — but not to a tiny house where they bake their own bread. Followers both save and invest at higher rates.

To some extent, the kind of FIRE that suits you will depend on your income. But the lifestyle you hope to have also plays a critical role. If you’re a wine lover who wants to retire in the Bay Area, for example, you’ll need fat FIRE to make it happen. If, on the other hand, you hope to live in the countryside and raise hens, then lean FIRE might be a faster path forward.

How Much Money Do You Need for Early Retirement?

Your geographical location will be the biggest determiner of how expensive retirement is for you. The costs of housing costs, food, and basic services vary greatly from location to location. Where do you want to end up?

If You’re Retiring to a Big City

Big cities have a lot of retirement appeal — infrastructure, amenities, and a world of things to do are right on your doorstep. But what’s good isn’t often easy.

New York City is at the more expensive end of retirement. The Big Apple is usually cited as one of the most expensive cities in the country for retirees, and no wonder — housing costs are sky-high, and so are the costs of food and entertainment. How much does it really take to retire in the city that never sleeps?

The average studio apartment in New York rents for $1743. That's $20,916 a year. If you'd like a little more space — say a two-bedroom so you can have the occasional overnight guest — you're looking at an average rent of $24,588 per year.

Of course, New York City isn't the only expensive retirement spot in the country. Hawaii, California, and Oregon are even pricier. Estimates put the cost of retirement at $1,844,556 for Hawaii and $1,456,286 for California. That doesn't mean you should bury your dreams of retiring among palm trees and sunny skies, but it does mean that you may need to save aggressively and invest wisely if you want to make them come true.

If You’re Looking for the Most Affordable Retirement

The cost of living is rising everywhere, but there are still plenty of affordable places to retire to. States like Tennessee, Alabama, Oklahoma, and Arkansas are relatively low-cost. And Mississippi is the most affordable state in the country for anyone planning their retirement. How much would you need to set up there?

Clearly, if you're interested in a relatively low-cost retirement, you may want to set your sights on the South. There are palm trees in Mississippi, too.

Investing: Making Your Money Work for You

Whether you plan to retire to Mississippi, New York, or somewhere else altogether, saving is a foregone conclusion. But if you really want a shot at leaving the workforce by age 45, you may want to consider making your money work for you by investing it.

Many people start investing through 401K plans through their work - and if the company's matching their contributions, it can be even more appealing. You could also contribute to an individual retirement account. Those alone are probably not enough to get you to the finish line for early retirement, though. You may also want to check out some other ways to invest outside of retirement accounts.

Of course everyone's situation is different, so please consult with your financial advisor to plan out the right types of investing for you.

Retirement by age 45 is nothing to scoff at. You could have years ahead of you to do whatever it is you love, whether that means sailing around the world, planting a prize-winning garden, or simply soaking up the sunshine from your hammock.

With enough focus, dedication, and intelligent money management, early retirement could be within your reach. But the first step to getting there is planning your route.

Across the US, more people are beginning to see the power of investing. Nowhere is that more evident than Washington, DC, where a new financial movement is starting. 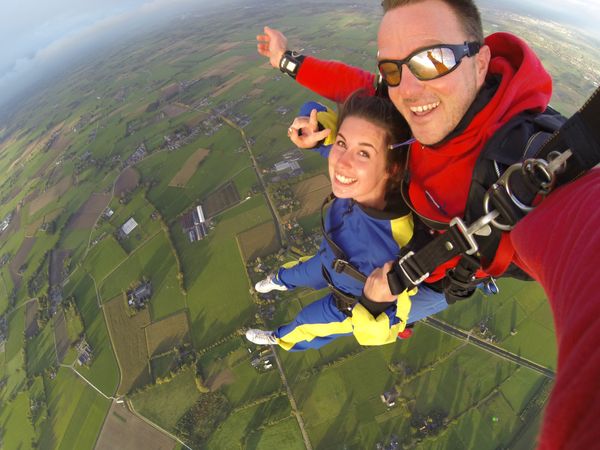 Working towards financial responsibility? Here are some easy ways you can begin broadening your investments.